Yesterday, which was the first day of the 2018 Tokyo Game Show, a new trailer for the upcoming remake of the Resident Evil 2 video game was unveiled by CAPCOM. This trailer focuses on the game’s plot and it looks simply amazing. We see a bit more of Leon, but we also get to see a lot of the female characters who appear in the game. 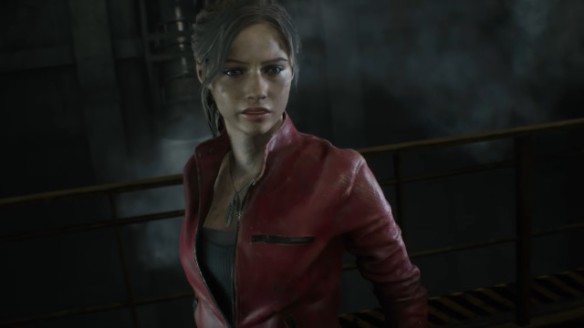 First of all, there’s Claire Redfield, who’s looking like a real babe.😍 Incidentally, I wrote another post about Claire earlier this year, where I talked about her appearance in this game versus the way she looked in Resident Evil: Revelations 2. You can check out that post by clicking here. 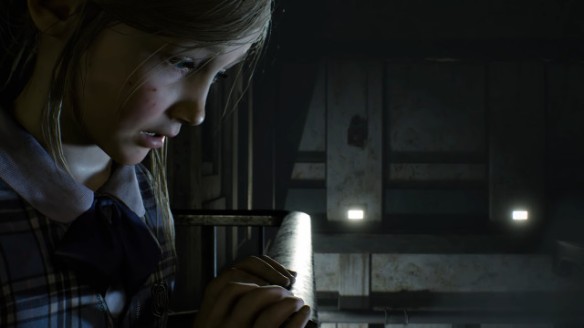 Next we have the very cute Sherry Birkin. Now, I’ve never played Resident Evil 2, so I knew pretty much nothing about Sherry before, but thanks to this trailer I can now kind of see how she fits into the overall story.

Then we have the enigmatic Ada Wong. I finally managed to play through Resident Evil 4 recently, so I know a bit about the older Ada, but I do look forward to finding out more about the younger Ada.

A blonde female scientist also makes an appearance. As I said above, I haven’t played Resident Evil 2, so I don’t know if she is somebody important (like Sherry’s mother, for example) or just a minor character. However, the fact that her name is not shown in the trailer suggests the latter to me.

And last but not least(?) we have a very cute…

Zombie girl…?😋 Yes, I know it’s hard for a zombie to be considered cute (especially photorealistic ones), but I do wonder what she looked like before she joined the ranks of the undead. Don’t you?

I’m already pretty excited for Resident Evil 2, so I can’t say the trailer changed my feelings a lot, but I guess it will certainly help keep my level of excitement high.🙂 January 25 can’t come soon enough! Till next time, au revoir, arrivederci and may the force be with you!😊