This is news from last week, so it’s a little bit old now, but a teaser trailer has been released for the third game in Square Enix’s Tomb Raider origin trilogy, Shadow of the Tomb Raider.

This trailer does seem a bit rushed, but I guess the idea was to take advantage of the hype surrounding the new Tomb Raider film, as that film is primarily based on the first game of this trilogy. So while the trailer doesn’t have any actual game footage in it, it does have some really cool-looking animated sequences of Lara Croft doing cool adventuring stuff. It also reveals that the game will be set in Central America, as Mayan ruins are shown. 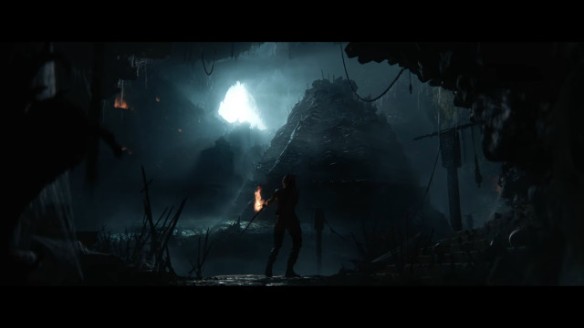 As I said in my post about the Tomb Raider film, I enjoyed the first game of this trilogy and although I’ve dawdled a fair bit whilst playing the sequel, Rise of the Tomb Raider, this upcoming game definitely has my interest.

At the end of the trailer it is stated that a “full reveal” for Shadow of the Tomb Raider will take place on April 27 and the game itself will be released on September 14. Till next time, au revoir, arrivederci and may the force be with you!😊