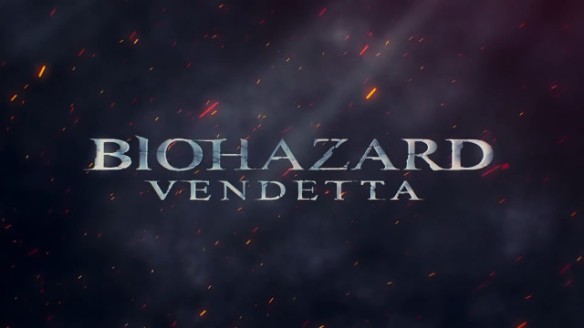 I was worried I might not be able to get to see Resident Evil: Vendetta, as the cinema chain showing it here initially only had two screenings scheduled. But, for some reason, my local cinema increased the number of screenings to twice a day for at least a whole week! I’m happy that they did this, but I do wonder if they will do this again in the future for similar films; in total there were only five people in the cinema, two of whom came in half an hour into the movie. But now onto my thoughts on this film.

Naturally, the only reason I was interested in Vendetta is because I’m a big Resident Evil fan; I can’t imagine you’d want to see it if you weren’t one. So for fellow fans, I can say it is a fun 97 minute diversion, but nothing spectacular. It has a paper thin plot on top of which is piled heaps of ridiculously over-the-top but nevertheless visually impressive action sequences. In fact, It looks pretty much like a collection of cut scenes from a new Resident Evil game and I found myself wondering why this scenario was used in a film instead of a game. Surely the game would have been more profitable?

Getting away from the action side of things, the characterisations of the three main protagonists, Chris Redfield, Leon S. Kennedy and Rebecca Chambers, was interesting. The story is set in the modern Resident Evil era, where Chris is a member of the BSAA. Both he and Leon are weary of the struggle against the evil corporations which continue to wreak havoc on the world with their murderous mutants. However, while Chris is still optimistic at heart, Leon has become bitter and cynical and is spiralling towards alcoholism. Then you have Rebecca. In direct contrast to the two jaded males, Rebecca is more determined than ever to rid the world of dangerous man-made viruses, albeit this time as a research professor, not as a combatant. However, this does not stop her from taking on a number of zombies all by herself, without a firearm, no less! Towards the end she does become a damsel in distress, but there is a reasonably valid reason for this. And it does help in raising the stakes for the final confrontation.

I was curious to see if Rebecca’s voice actress in this film was the same as in the game Resident Evil Zero, which I played for the first time not too long ago. I liked her voice in that game, where she was portrayed by Riva Di Paola. In Vendetta, however, she was portrayed by Erin Cahill. It would’ve been nice if Ms Di Paola had been able to reprise the role, but I was impressed by Ms Cahill’s performance, who interestingly also performed motion capture. (I assume this was for Rebecca, but she probably did other female characters too.) As for the other cast members, I think they all did a fine job, but this is not surprising; they all appear to be seasoned professionals.

As you’d expect with any franchise such as this, at the end of the film the door is left ajar for a possible sequel. If a sequel were to materialise one day, I hope and pray it will feature my favourite Resident Evil character, Jill Valentine. Now, that would really get me excited!

Resident Evil: Vendetta is currently in cinemas in Japan (where it is known as Biohazard: Vendetta). It is also being shown here in Australia, but only as a very limited release. Later this month it will also have a limited release in America, along with a blu-ray release. Till next time, au revoir, arrivederci and may the force be with you!