Time for another Miss Moe Dimension! This character is another who I think many people will know, if only by name: Jill Valentine, one of two playable characters in the very first Resident Evil (which is known as Biohazard in its native Japan). As far as I’m aware, Jill has never officially appeared in a swimsuit, so the bikini she’s wearing is my creation; its inspired by Jill’s police uniform.

For those that may be unaware, Resident Evil is the original “survival horror” videogame. It was released way back in 1996 and it spawned series of games, the latest of which, Resident Evil 7, will be released in about two months time. The gorgeous Jill is one of the central characters of the Resident Evil series and has been the protagonist in more than one game. When she is first introduced, she is a competent member of a SWAT-like police team, known as S.T.A.R.S., which becomes caught up in a zombie-outbreak in a mid-west American town. She then goes on to do battle against the company responsible for this outbreak: the Umbrella Corporation.

Jill’s appearance has varied over the years. The very first Resident Evil game I ever played was number 3 (subtitled Nemesis), which features Jill as its protagonist, so this was my first introduction to her (see the image above). But I think my favourite version of Jill is the one that appears in the remake of the original Resident Evil game (from 2002) and, consequently, its HD Remastered version (from 2015).

This version of Jill, who is modelled on Canadian-American model Julia Voth, has a rather unique-looking nose which I personally find quite attractive. Following the remake, Jill’s appearance remained pretty much the same until Revelations (from 2012), where it was refined a little bit. She looks a lot more like Julia Voth now, but unfortunately her nose has lost its uniqueness.

As you’d expect with a game that’s been around for twenty years, there’s been a fair amount of Resident Evil merchandise, although nowhere near as much as say Street Fighter (which is another Capcom property). There have been a number of figures released of Jill, but I don’t own any as they don’t really appeal to me. However, I have a feeling that maybe, just maybe, a Nendoroid figure of Jill, from the original Resident Evil, will be released. I think this is a possibility because a Nendoroid of Chris Redfield (the male protagonist from Resident Evil) is coming out in March, next year. It would be terribly unfair for Chris to get a Nendoroid and not Jill, right? 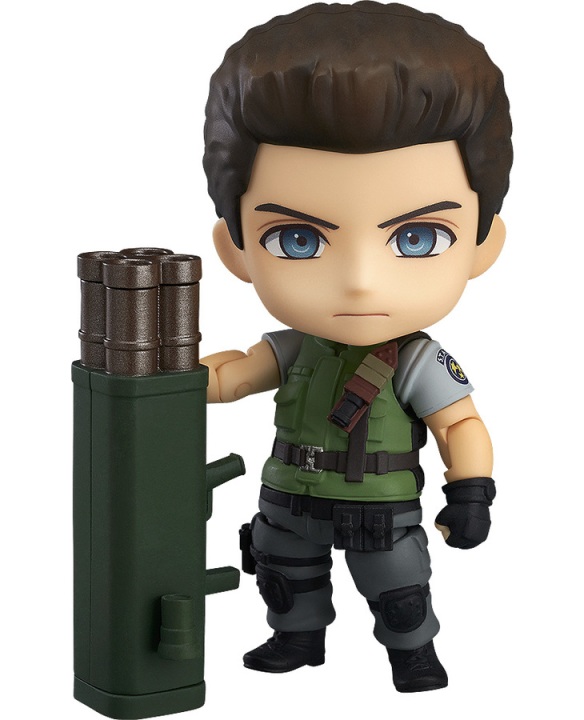 Nendoroids, as you can see, are “super-deformed” or “chibi” representations of characters, from a wide variety of media. I’m not actually a big collector of Nendoroids (I only own three) but if a Jill Nendoroid is ever released, I’ll definitely be tempted to get one.

That’s all for now. Till next time, au revoir, arrivederci and may the force be with you!